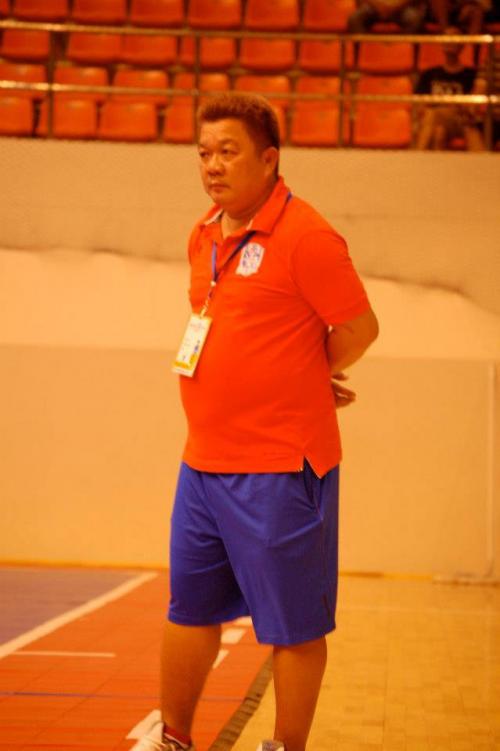 PHUKET: The spirits of Phuket United futsal fans are in a state of recovery, following the announcement of a new head coach after the resignation of Coach Suphol “Hum” Senapeng on Thursday.

Initially reported on the Thai website, SMM Online, Coach Suphol’s resignation announcement follows the team’s recent loss to Samut Sakhon FC by a score of 6-1 on Wednesday night in Bangkok.

That loss was the sixth defeat of the team’s previous seven matches in the season’s second half.

“I am taking this opportunity to step down, contemplate and learn from this experience,” he was quoted as saying in the report.

Phuket’s assistant Coach Patt “Tum” Sriwijit commented: “I am saddened by this announcement, since myself and all the players on the team have the utmost respect for Coach Hum. He is a good coach. But, what can we do since he has asked to take responsibility?”

Coach Noi will lead the team in their final seven matches of the season.

His first test will be against 12th placed Samut Songkhram this Sunday.

The match will be played at Bangkok’s Fashion Island Futsal Arena with a 12pm kickoff.

Phuket are still in 10th place with 30 points from ten wins, 13 losses and goal difference of negative three.

Following Coach Hum’s resignation, the following message (which has been edited for clarity) was posted on the team’s Facebook page by their leading scorer, number 25, Jackson Santos:

“Everyone knows that this is not a happy moment for our futsal team. We would like to make clear that everyone who is part of this team gives their all for it. Difficult times befall all futsal teams around the world – even the best. This time will soon pass.

“I want to thank all of the fans, managers, players and coaches for their competence and dedication to our club.

“Please do not stop supporting futsal and cheering for Phuket United, which has a lot to improve upon and will hopefully become one of the best futsal teams in Thailand, and later, Asia.

“This is my sixth year playing professionally in Thailand. For each team that I have played, I’ve felt welcomed, and Phuket is no different.

“I do not know if next season I will play futsal in Thailand, or if I will go to another league. What I do know, is that myself, and all who take part in our club, are together until the end.

“Thank you to the fan club and all admirers of Phuket United!”