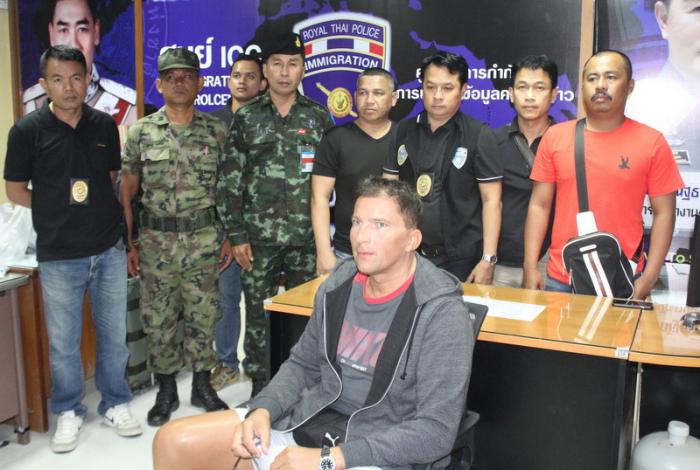 PHUKET: Authorities will today deport a suspected Czech pedophile back to his home country where he is wanted for allegedly committing sexual crimes.

“Czech authorities will provide five policemen to escort him during his flight back,” Immigration Bureau chief Nattorn Prohsunthorn said yesterday.

The suspect, Zdenek Pfeifer, 49, was arrested in Phuket last week in response to a request from Interpol and Czech authorities (story here).

He was fined 1,000 baht for overstaying his visa by a Phuket court and then flown to Bangkok to process the other charges against him (story here).

Mr Pfeifer has allegedly been seeking unprotected sex with women and homosexuals in Thailand, spreading HIV since 2014.

Also going by the name ‘Frye Ferrari’, the suspect is wanted by Interpol for allegedly sexually violating a minor and spreading HIV among women and gay men in his home country before fleeing to Thailand.

Before his arrest, Interpol had issued an alert describing him, saying he “may be armed, infectious and liable to commit sexual offenses involving minors”.