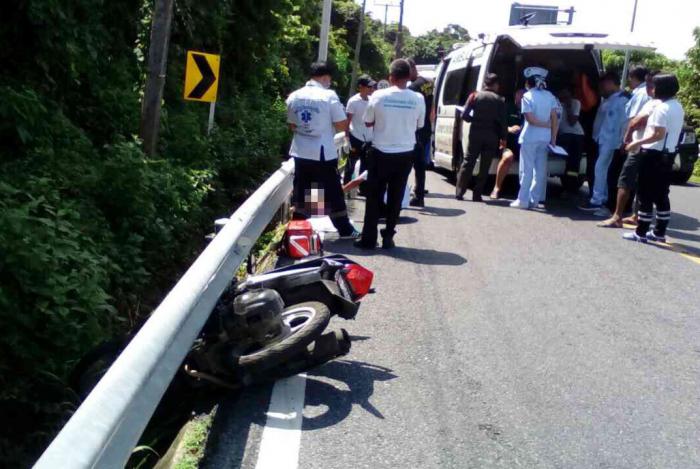 PHUKET: An Italian man was killed after his motorbike crashed into a roadside barrier while he was heading toward Promthep Cape this afternoon.

Lt Col Thada Sodarat of Chalong Police received the report at about 12:30pm.

“The victim’s body was lying on the side of the Nai Harn-Laem Promthep Hill road and a Yamaha motorbike was wedged under the barrier. A black helmet also lay nearby,” confirmed the Colonel.

His friend, who was riding alongside him, told police that they were both heading from Soi Saiyuan in Rawai to Laem Promthep.

“His friend says he may not have been familiar with the bend on the road, lost control and smashed into the fence. He also confirmed that his friend was wearing the helmet, which flew off when he fell,” said Col Thada.

The victim received severe injuries on his head and foot. Police are withholding his name as they are in the process of informing the embassy.

His body was taken to Vachira Phuket Hospital for further examination.