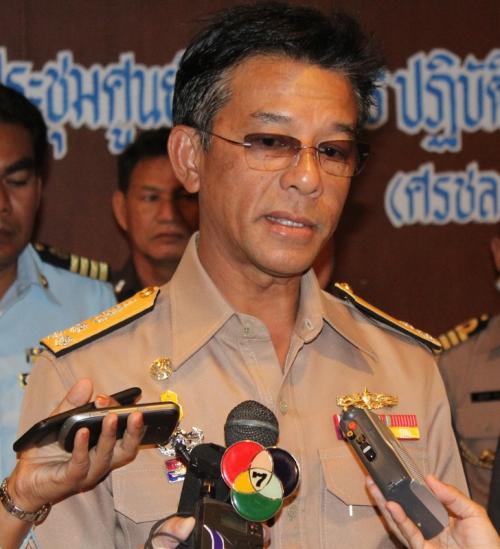 PHUKET: The Phuket-based Commander of the Third Naval Area, Vice Admiral Taratorn Kajitsuwan, yesterday publicly affirmed the role of the Royal Thai Navy in handling the huge influx of Rohingya refugees landing along the Andaman coast.

Speaking at a public conference at the Phuket Merlin Hotel in Phuket Town, V/Adm Taratorn said the Royal Thai Navy aims to provide humanitarian assistance to the refugees, who are fleeing violent persecution in their native Rakhine State in Myanmar.

“We have to take good care of them according to the international treaties that we have signed with other nations, such as human rights laws. We will provide them with assistance and help them to continue to the country they want to travel to,” he told members of the national media.

“According to this year’s statistics, the number of Rohingya refugees coming to Thailand is higher than last year. The Third Naval Area command has to increase its patrols, but right now we are still fine without any additional forces from other [Thai Navy] regions,” he added.

“Right now, I cannot reveal any details about this. However, we have never ignored this problem. We consider this one of the big problems that affects internal security. We are trying to find stronger measures to deal with it,” V/Adm Taratorn said.

Dugong not dying for sex