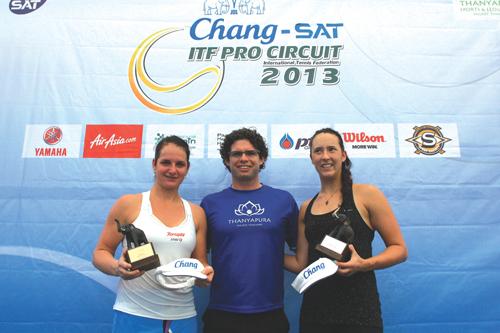 Melanie won the final 3-6, 6-3 and 6-2 to make up for her semifinal defeat in the first ITF women’s tournament by Luksika Kumkhum.

Eric, who had to qualify to enter the tournament, said “I tried very hard to win the first set but Klaffner is a strong opponent who played better and more consistently, forcing me to make more unforced errors.”

Thanyapura will welcome ITF players and coaches back again next year.

The event was proudly sponsored by the Phuket Gazette, PGTV and ‘Phuket Today’, the island’s only national television show, broadcast daily on True Visions.