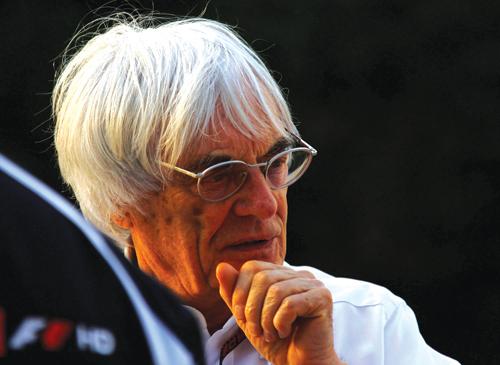 PHUKET: The Sports Authority of Thailand has confirmed that a six-kilometer Formula One circuit will be created near the Royal Thai Naval Dockyard in Bangkok, possibly with the main stands in the Chao Phraya river. There are plans for an inaugural F1 night race in 2015. Red Bull is a keen backer. Interestingly, the Malaysian GP at Sepang is probably up for renewal in 2015, so Bangkok may be looking to replace Kuala Lumpur.

Sepang has been criticized for the rubbish said to be littered all over the place. But more importantly in 2008, Sepang announced its aim to become F1’s second night race from 2009, to fit in well with European TV schedules. However, the organizers later confirmed that they would not stage a night race, but a late-afternoon one. The 2009 Malaysian Grand Prix did indeed adopt a late afternoon start, which proved disastrous. Heavy rainfall and poor drainage ended the race on Lap 33. There have been plenty of other problems, including a very late start in 2012. So Sepang is vulnerable and Bangkok may have timed a rival bid very well.

In other news, Maria de Villota is set to return to the F1 paddock in Spain for the first time since her awful accident in England. I am sure the brave and glamorous Marussia test-driver will be a big hit, sporting a piratical eye-patch. And Bernie Ecclestone is planning to team up two partners to buy the Long Beach Grand Prix and reinstall F1 there from 2016, 33 years after the last race in Southern California.

But this weekend we are off to the Spanish GP in Catalunya, Barcelona. The track is well known to all teams because of the time spent there during winter testing. The 4.655km Circuit de Catalunya is a medium downforce, medium engine demand track, and a lot of engine and chassis decisions are based around it. Catalunya has always been a difficult circuit for overtaking. But the introduction of a second DRS zone will help. The undulating nature of the track stresses every component of the engine. If engines are going to blow, this is a circuit that encourages it.

Track conditions can change a lot during the weekend, so a good set-up is a challenge. The track layout, with its high average speed, is hard on tyres, and this is likely to prove crucial. A variety of low and medium speed corners push engines in the lower rev ranges, particularly in sector three, but half of the track is taken at full throttle.

The longest full throttle is the pit straight. This allows a fully charged KERS to be deployed twice as the KERS energy counter resets on the start/finish line. A double KERS release also puts a lot of stress on the KERS cooling system, so look out for a few failures.

Pirelli has a revised version of their hard tyre for Spain; closer to the 2012 tyre. It has a wider working temperature window but delivers less. This should provide an even wider variety of race strategies than before. The medium tyre will be significantly faster and well suited to qualifying. The hard tyre will be the preferred race tyre.

I would expect to see Renault engines doing well here – Lotus, Red Bull, Williams and Caterham. So I believe we will see a Lotus on the podium, and maybe two. A Red Bull should be there too.

Traditionally teams bring upgrades to this race. Force India has come tantalisingly close to a podium finish this season; could Catalunya do it for them? Williams will have a number of upgrades, and since they won here last year, they may pull another rabbit out of a helmet.

Can McLaren squeeze a podium finish? They are playing down their strength, but who knows if Jenson Button can smooth his way through? I doubt if Mercedes or Sauber has a winning package.

So it’s set to be exciting.