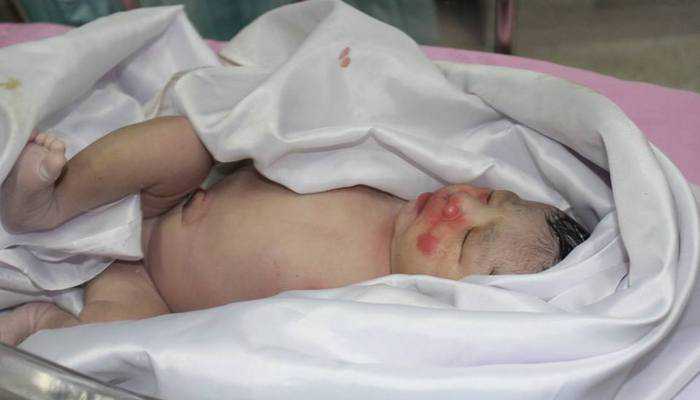 PHUKET: Phuket police have yet to charge a teenage mother who tried to drown her newborn in the cistern of a public toilet.

Thung Thong Police were called to the scene at a public toilet in Kathu Municipality Park, where they found the mother locked in a toilet stall with her newborn baby.

“A concerned passersby told me that a pregnant woman had entered the stall, and was still locked in there about an hour later,” said Wichai Panngern, a Thung Thong Police volunteer.

“They were worried that she might be in trouble.”

Police tried to coax the mother out of the cubicle, but received no response.

“All we could hear was the repeated flushing of the toilet and the sound of a baby crying,” said Mr Wichai.

“After we heard her pushing something heavy against the door, we decided to break it down.”

When officers forced the door open, they discovered that the woman had removed the lid to the cistern, and was jamming the newborn’s head into the water.

“We took the baby from her immediately. She was very weak and covered in blood, so it was easy to rescue the baby,” Mr Wichai said.

The mother and the baby girl were immediately transferred to Vichira Phuket Hospital. Despite some bruising to her face, doctors declared the baby girl, weighing 2.89 kilograms, in good health.

The young mother, who’s name has been withheld by police, told the Phuket Gazette that she was deserted by her boyfriend after she told him she was pregnant.

“I am a university student. When I found out that I was pregnant, I told my boyfriend, but he refused to take responsibility and broke up with me,” said the new mum.

“I was in the park at about 11pm last night when my stomach began to really hurt. I guessed that I was about to give birth, so I rushed to the park’s public toilet.

“I’m really sorry for what I did, I just didn’t know what to do.”

Police have yet to press any charges against the woman.

“We will let the mother rest and regain her strength before we decide whether or not to press charges,” said Maj Wittaya Sinjamroen of the Thung Thong Police.

“Social services needs to determine whether or not the woman is fit to keep her baby, or if it needs to be given up for adoption.”

In the meantime, hospital staff have named the baby girl Vassana, which means “good luck” in Thai.