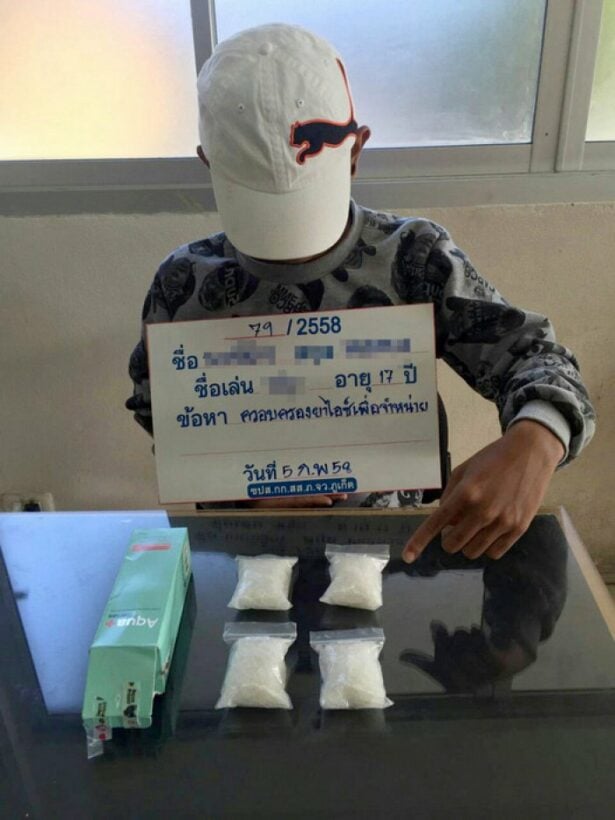 PHUKET: A 17-year-old was busted with more than 100,000 baht worth of ya ice (crystal methamphetamine) by Phuket City Police early this morning.

The minor, who police named only as Mr Nuom, was found in possession of 200 grams of ya ice hidden inside a facial cleanser box, and ready for delivery to customers at Goodnight Resort, said Lt Col Somkid Boonrat of the Phuket City Police.

“Mr Nuom confessed that he was operating as a drug runner for one of the big dealers on the island,” Col Somkid said.

“After questioning Mr Nuom, we have a better idea of who is part of the drug-dealing network. We expect to arrest one of the most prominent dealers on the island soon.”

Mr Nuom was charged with possession of a Category 1 drug with intent to sell.

Today’s successful bust comes on the heels of a group of teenagers being caught in possession of ya ice on February 3. The group tipped off police about Mr Nuom’s role in the drug deal.

“I am very concerned about the number of minors involved in drugs on this island. We must get this under control,” Col Somkid said.