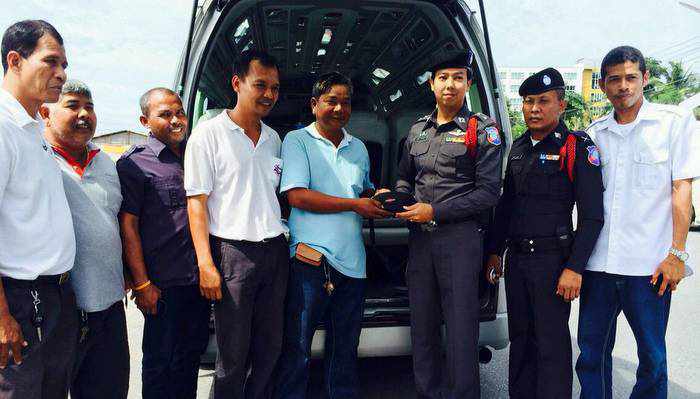 PHUKET: A bag containing baht and euros totaling almost 30,000 baht left behind at Rassada Pier by a forgetful German student was turned in by a helpful van driver yesterday.

Mongkol Khampanta, 43, the driver, found the bag sitting on a chair in front of his company’s kiosk at the pier, he told police. He immediately asked around and called out for the owner, but no one responded.

“I had just dropped off tourists at Rassada Pier and was walking past the kiosk when I saw the bag. I called out for the owner, but no one claimed it, so I took the bag back to the van station with me and called the police,” said Mr Mongkol.

Police arrived at the station on Luang Pho Road and found 550 euros (24,500 baht) and 3,500 baht. They also found a Chulalongkorn University ID card and passport belonging to 22-year-old Sebastian*, Lt Thanan Akarakantarakorn of the Tourist Police told the Phuket Gazette.

Mr Mongkol said he had no desire to steal anyone’s property.

“I never thought to take any of the money. I work in the tourist service industry. We must always watch out for tourists here; [The student] could have been in big trouble if he lost his documents and money,” he said.

“I hope he is able to pick up his bag soon.”

Police have contacted the German consul to help track down the student, said Lt Thanan.

“Mr Mongkol has done a good thing and deserves praise. This is a great way for us to show that people can feel safe here,” he added.

* The family name of the student has been withheld at the student’s request.