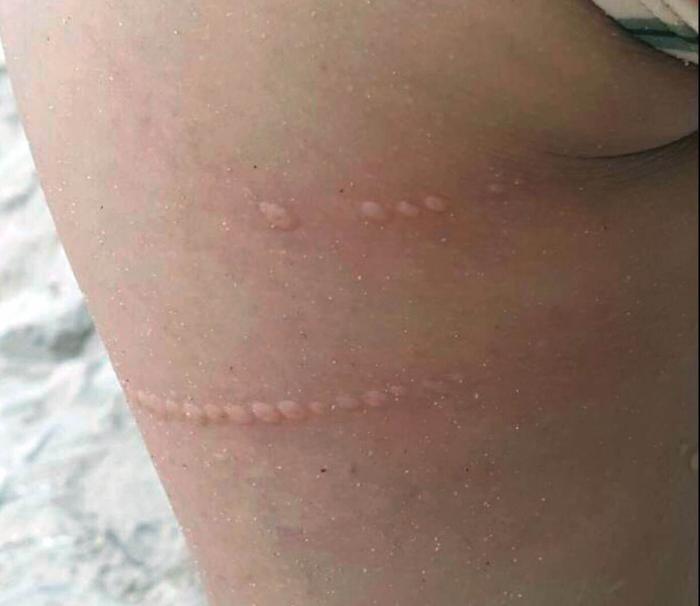 PHUKET: Lifeguards at Patong Beach helped a swimmer on Monday who had been stung on one of her legs by a Portuguese Man-of-War.

In a Facebook post on Tuesday, the lifeguards said they had helped remove the siphonophore from the victim after she was stung.

The swimmer, who wished to remain anonymous, said the sting was small but painful.

The lifeguards said ‘blue bottles’ were rare in Patong and that they were usually found at Layan, Naithon, Nai Yang, Mai Khao and Sai Kaew beaches.

Beach-goers were warned to look out for venomous creatures last week, when blooms were spotted at the Nai Thon, Layan and Nai Yang beach areas (story here).

“Swimmers must be responsible for their own safety. The blue bottles float on the surface. Make sure you are not at risk of getting stung, and swim only in areas where lifeguards are on duty – and where there are no red flags flying,” warned Phuket Lifeguard Club President Prathaiyut Chuayuan.