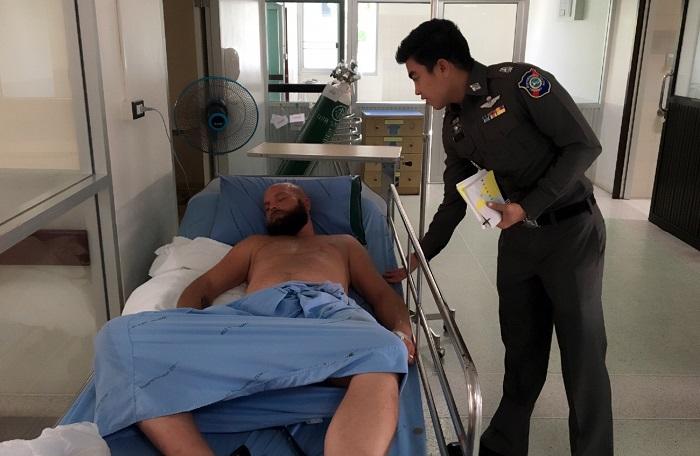 PHUKET: A tuk tuk driver and four accomplices were arrested yesterday for ganging up on a Swedish tourist and beating him unconscious in Patong in the early hours of Monday morning.

Police responding to reports of the beating found Frederik Gustav Wilhelm Erikson Holm, 32, lying unconscious at the end of Soi Bangla at 3.45am. He was sent to Bangkok Phuket Hospital for treatment.

“The pair came to blows and then several other locals joined in to help the tuk tuk driver. Mr Holm was knocked unconscious and fell to the ground.”

Police charged the five with assault.

Mr Holm’s injuries were not serious and he was later discharged from hospital.