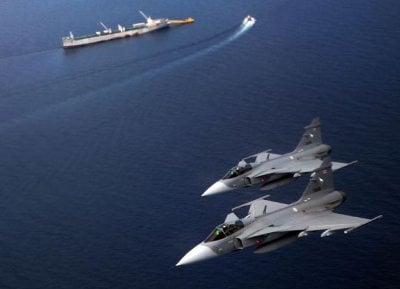 A staff member there told the Gazette that the aircraft taking part in the exercise were a pair of Gripen fighters based in Surat Thani.

More flyovers will take place early this afternoon and again between 9:30am and 10am tomorrow, he said.