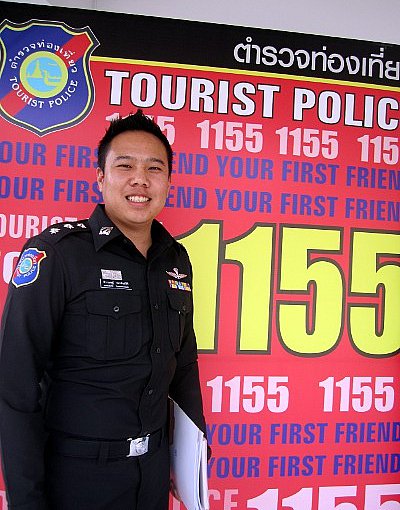 PHUKET: Following a spate of snatch thefts, the Phuket Tourist Police Foreign Volunteers today issued an advisory warning tourists to keep close watch on their valuables and be on the lookout for potential bag-snatchers.

Bruce Anderson, Team Leader of the Phuket Tourist Police Foreign Volunteers, told the Phuket Gazette that there have been more bag snatchings reported by foreign tourists in the past week.

Culprits tend to target women with shoulder bags or handbags. The pillion passenger does the snatching, while the rider is responsible for ensuring a clean getaway, he said.

“In most cases the attack comes from behind and is very quick,” he said.

The first incident, in Karon last weekend, targeted a Dutch couple. A woman riding pillion dismounted a motorbike to make the snatch before running back to the bike, which then sped off.

A Danish couple reported to Chalong Police that they were robbed by two men on a motorbike last night.

As they were walking in Karon the pair approached from behind a 7-Eleven store and grabbed the woman’s handbag, dragging her along the ground until the strap broke.

The thieves made off with cash and credit cards, leaving the victim with minor injuries.

Mr Anderson urges people to be aware of their surroundings and not to carry large amounts of cash when walking about. He also advises tourists to carry a photocopy of their passport, rather than the real thing.

“If they are required to produce the actual passport they can ask to return to the hotel to retrieve it. I am sure most policemen would understand the logic in that,” he said.

“People should report all incidents to the nearest police station or call 191 or 1155. We will assist with language problems and in completion of police reports,” he added.