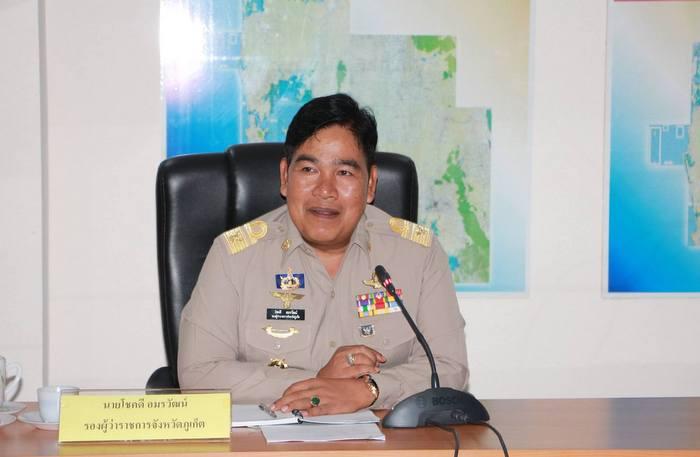 PHUKET: The expected end-of-year demolition of buildings on Surin Beach has been delayed, according to Phuket Vice Governor Chokdee Amornwat.

“There are many documents that the Phuket Provincial Administration Organization [PPAO] need to review and prepare before demolition begins, as some of the buildings at Surin were built by the government,” Vice Governor Chokdee told the Phuket Gazette. “There will be an official announcement from Phuket Governor Chamroen Tipayapongtada on this issue in January.”

Earlier this month, V/Gov Chokdee vowed that all buildings would be demolished by the new year, pending the signature of Watcharin Patomwattanapong, acting chief of the PPAO, on some important documents granting permission to destroy a number of buildings owned by the government organization (story here).

“After the buildings have been demolished, we plan on making Surin Beach a ‘Beach of Honor’ to commemorate a visit to the sands in 1959 from HM King Bhumibol Adulyadej and HM Queen Sirikit,” V/Gov Chokdee added.

The latest beach category in the island’s management system was announced at the beginning of this month (story here).