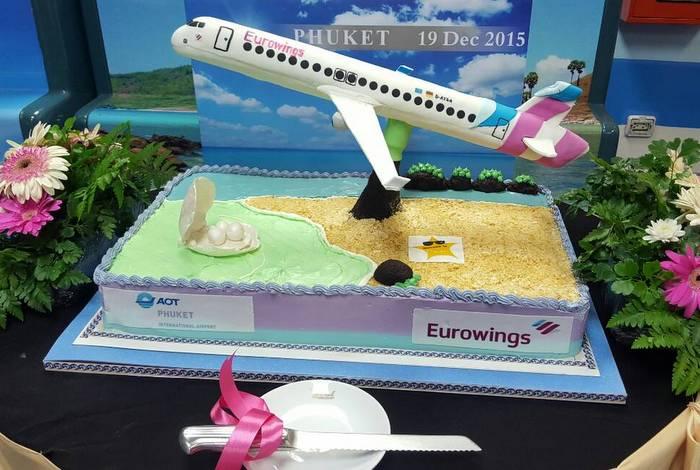 The flight marks the first European low-cost carrier to link with Southeast Asia. Eurowings will fly Airbus A330s, with a capacity of 380 passengers, on the route twice a week.

Christian Hein, senior vice president for sales at Eurowings, said air travel in the Asia and Pacific region would continue to grow, thanks to the area’s booming economy and a continued increase in the number of international travellers.

Southeast Asia in particular is becoming a true emerging market for low-cost airline business, since all nations in the region will become a single market under the Asean Economic Community from the beginning of next year, Mr Hein told The Nation.

Asean is globally the third-largest region in terms of population, the fifth-largest in trading power, and the ninth-largest global economy, Mr Hein added.

German-based Lufthansa Group wanted to expand its low-cost network to Southeast Asia and decided to make Thailand its spearhead for linking Europe and the region, he explained. The move is part of a global expansion following Lufthansa Group’s re-branding of the airline from Germanwings to Eurowings, reported The Nation.