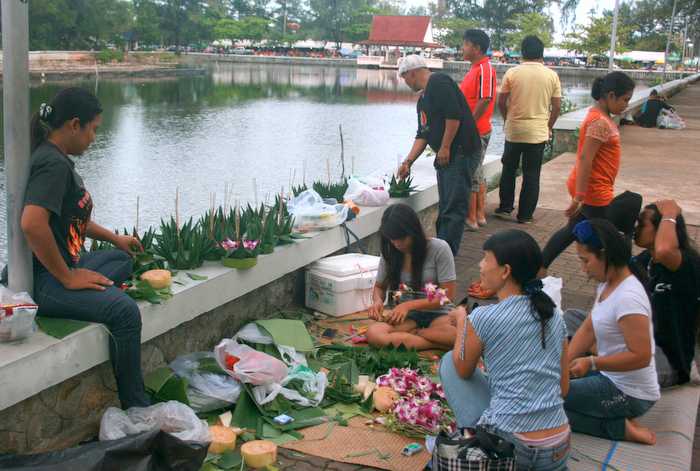 PHUKET: Region 8 Police have issued a warning that they will be out in force to maintain law and order, amid safety concerns for tonight’s Loy Krathong celebrations in Phuket.

“Please make sure you lock up your house properly and do not take many valuable items with you in case criminals are looking to take advantage of festival-goers,” said Region 8 Police spokesman Thaworn Saengrit.

Col Thaworn also reminded island residents that consuming alcohol in a vehicle is illegal for both drivers and passengers.

“Police will have checkpoints set up for your safety and to help minimize crime during the festival. Anyone found drinking in cars could face jail time of up to six months, a fine of 10,000 baht or both,” he said.

Police also urge anyone who wants to light off fireworks to be careful, as they can land careless revelers in trouble with the authorities.

“Also, take care when releasing krathongs. Be aware of crowded piers which may become unstable with excessive weight. The pier might be strong, but not for too many people,” said Col Thaworn.

Parents are urged to stay vigilant over their young ones in the large gatherings.

“Besides checkpoints, we will have police on patrol. Enjoy your Loy Krathong and be safe,” Col Thaworn said.