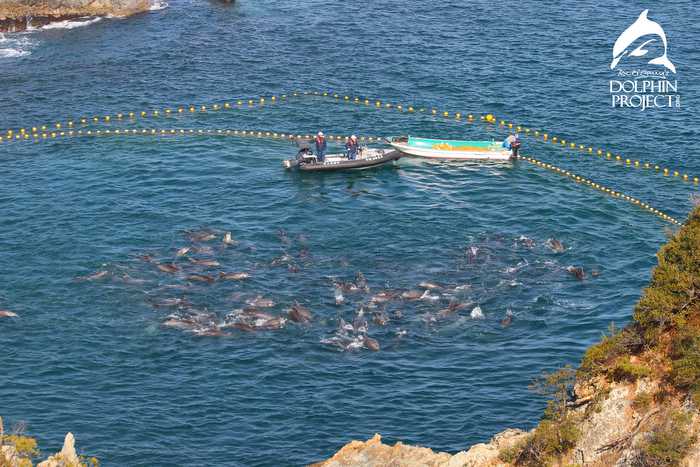 PHUKET: My name is Lou. I am 10 years old and I am passionate about dolphins. I have been working on a “passion project” about dolphins with Vicki from the Dolphin Project and Gecko Community Phuket.

Do you know what is happening in Taiji, Japan at this moment?

Dolphins are being captured in a small bay called “The Cove”. The beautiful ones are sent to dolphinariums in an airplane. Ones that are not suitable for eating or not beautiful enough for dolphinariums are released. The rest are killed for food.

Dolphins are suffering and being drowned when fishermen put iron rods and sharp pieces of wood in their blowholes! These dolphins die in a panicked state.

This dolphin slaughter takes place from September 1 to March 31 in Taiji every year. The people that kill the dolphins sell the meat, but label it as whale meat. Many people in Japan are not aware of this dire situation or that dolphin meat contains mercury, which can cause brain damage.

About 20,000 dolphins are being slaughtered worldwide every year, 2,000 of which are killed in Taiji.

In Phuket, people are opening a dolphinarium. These dolphins were caught in Taiji, and have
already been transported to Ukraine.

As you know, dolphins stick together in a pod, so the dolphins bound for the park watched their family being slaughtered before they were brutally captured.

We know that keeping dolphins in captivity is cruel. Dolphins swim about a hundred miles per day in the sea. In a single pool at the dolphinarium, they would be swimming in circles in front of a screaming crowd.

Imagine if you and your family were captured, your brother taken to a dolphinarium, your parents killed for food and you were released hearing their screams and seeing their blood.

You can help stop this dolphin slaughter by signing a petition on www.blooddolphins.net and by spreading the word. You can help stop the Phuket dolphinarium by making your friends aware and by refusing to buy a ticket to a dolphin show anywhere in the world, because if we do go to a show, we are supporting them.

Whenever people speak about environmental problems, they say that the “new generation” will be the ones to fix it. Well, we are the new generation – so let’s fix it!

Jet-skis in Phuket must go – for good