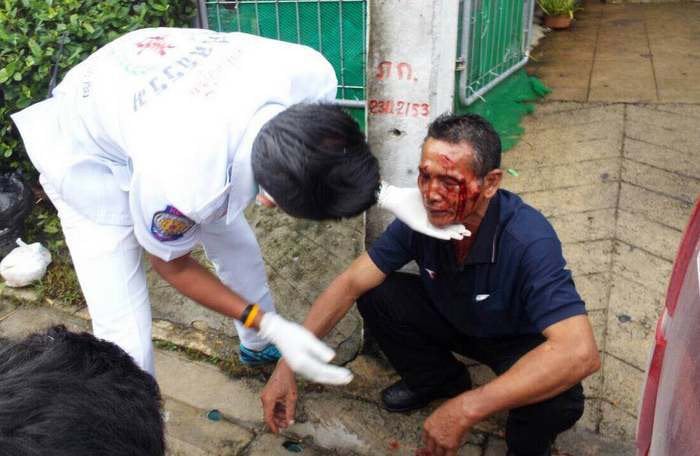 PHUKET: A statuary rape fugitive was arrested after Thalang Police were called to investigate an assault at his family home on Saturday evening.

Trirong Dejpongha, 24, was arrested after hitting his stepfather, Veera Bunnarak, 56, multiple times in the head with a brick, Lt Preecha Rakjan of the Thalang Police confirmed.

“Mr Trirong was asleep in the house when he heard his parents fighting. He was very upset because Mr Veera yelled at his mother,” Lt Preecha said.

After Mr Trirong’s arrest, police found that he was wanted in Chalong for an April 8, 2014 statutory rape case.

“Mr Trirong was charged with having sexual encounters with a child under the age of 15 last year. We have contacted the Chalong Police Station, so that they can continue with the case,” Lt Preecha said.

The case will be taken to the Phuket Provincial Court in two to four days, police confirmed.

Mr Veera was taken to Thalang Hospital by Kusoldham rescue workers, but declined to file a police complaint against Mr Trirong.