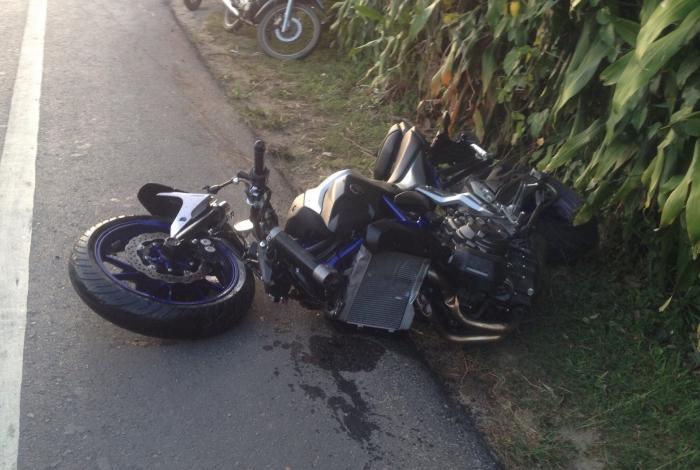 PHUKET: A Thai man was killed after a British national on a big bike crashed into him in Thalang last night.

“Mr Chawalit was critically injured and taken to Thalang Hospital where he was later pronounced dead. Mr Howard was treated for minor injuries,” said Capt Kraisorn Boonprasob of Thalang Police.

Police found the Yamaha broken into two pieces at the Mud Dok Khao-Nai Yang junction, with the front wheel broken off. The Honda also lay nearby, with its rear end damaged.

“Witnesses told us that Mr Chawalit was riding out from the soi and had almost crossed the road when the speeding Yamaha came in from Nai Yang and crashed into his bike,” Capt Kraisorn confirmed to Phuket Gazette reporters.

“Mr Howard was charged with reckless driving causing death. We are waiting to question him further regarding the incident,” he added.