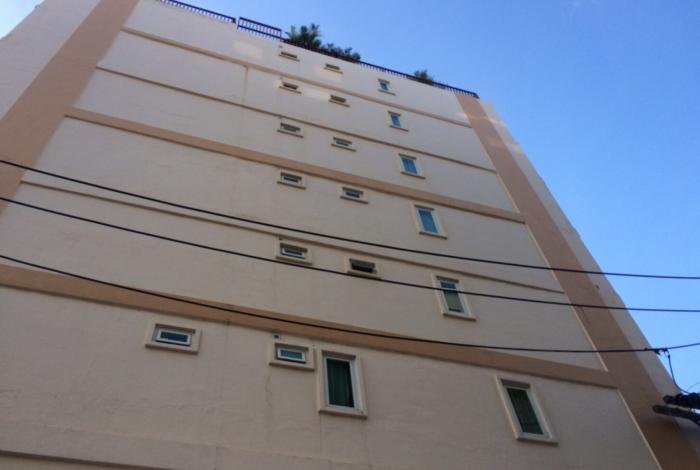 PHUKET: A German tourist survived a jump off a 9th floor hotel roof in Phuket yesterday and smashed through the roof of a cafe below.

“We found Bernhard Schartl, 53, lying on the ground of a local noodle house on Soi Sansabai in Patong at about 5:30pm. There was a large hole in the ceiling right above him, which he had fallen through,” said Lt Col Weerapong Rakhito of Patong Police.

Mr Schartl’s left arm was broken and he sustained several other injuries in the fall.

“According to staff at the hotel, Mr Schartl loves drinking and has done so almost every day since he checked into the hotel with a Thai woman on February 12,” said Col Weerapong. “We checked his room and found a letter written in English and German, listing his contacts and a message to his sister that read: “Excuse me for all problems. Send the bill to my sister.”

Officers then went up to investigate the ‘Sky Bar’ where they found a beer bottle and sandals.

“CCTV footage shows that Mr Schartl went to the bar alone, walked to the edge and jumped,” confirmed the colonel. “We don’t know why he jumped, so we are waiting for him to recover before questioning him.”

Mr Schartl is in stable condition according to the latest report from Patong Hospital.