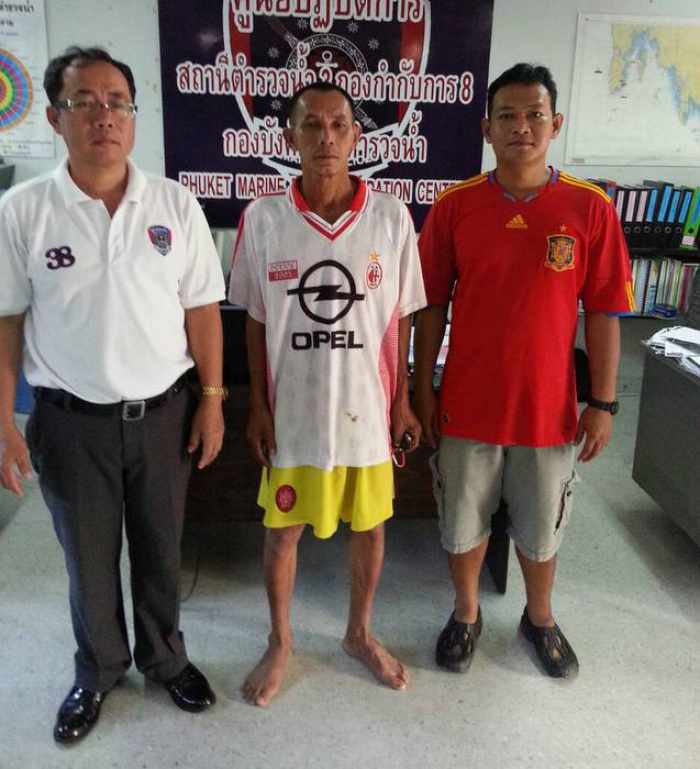 PHUKET: A boat captain bobbing at sea in a life jacket was rescued by a speedboat 20 minutes after his boat sank near Koh Yao Yai yesterday afternoon.

Apichart Lawthong, 51, was the only person on board when the boat, which was carrying construction supplies, foundered in rough seas.

“I left Phuket at about 11am, headed to Phi Phi,” Mr Apichart said. “The sea was very rough. Big waves washed a lot of water onto the boat. It became unbalanced, and started to sink.”

“I knew I couldn’t do anything to save it, so I put on a life jacket and jumped into the sea. I was floating in the water for about 20 minutes before a speedboat rescued me.”

At the pier, Mr Apichart was met by Lt Col Panya Chaichana of the Phuket Marine Police, given a change of clothes and then taken to the Marine Police station to be questioned.