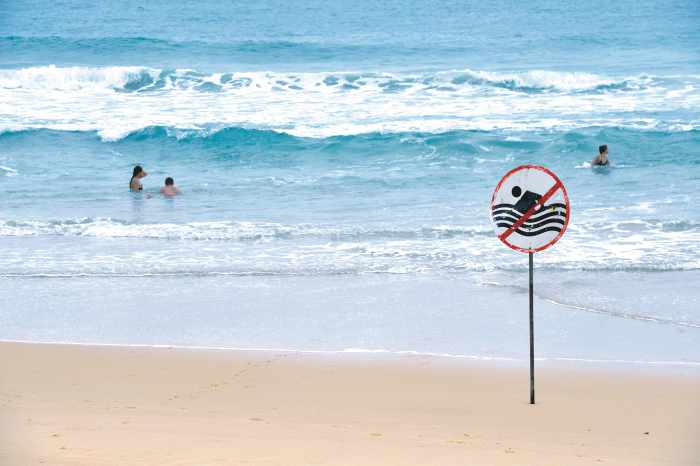 PHUKET: A friend and I who were surfing in Kata last year came across two young Phuket natives who had gotten into trouble when they were pulled into deep water.

We put them on our boards and swam them in to shore, only to watch one of them fade away in front of our eyes. The sight of the 20-year-old’s skin turning pale as his life left him is a memory I don’t wish upon anyone.

Every year when the monsoons come thundering in, the idyllic clear waters of the Andaman Sea around Phuket turn tumultuous and angry.

What many tourists and even a surprising number of locals don’t realize is that the waters of the local beaches go from tranquil to treacherous mighty quick.

Big waves and storm surges push high tide far up the beaches, robbing them of sand and redistributing it off shore. After this happens, the strong currents and rips begin and the lifeguards have their work cut out for them, as scores of tourists and locals alike foolishly ignore their pleas to stay out of the water.

There are many more drownings in Phuket than there need to be. That is what prompted coastal geomorphologist Dr Robert Brander to come to Phuket last month (story here) and give a short workshop discussing the dangers of rip currents and how to identify and avoid them.

It’s not only the loss of life, but continual negative publicity that haunts the island. Phuket is a pretty dangerous place to begin with – maniac drivers and deadly roads, violent crime and boating accidents are plenty enough without multiple drownings in the same week.

The deaths are very easily preventable – keep people out of the water.

Right now, the Phuket Lifeguard Club is focused on education, as they feel that those who understand the dangers will not only make informed decisions for themselves, but pass on their knowledge and help others. The club’s president, Prathaiyut Chuayuan, says they are launching an initiative to teach school kids about rip currents and he wants hotels and resorts to take responsibility for educating their guests.

I think that more can be done. If you’re on the beach, talk to people who are swimming and politely explain that the water is dangerous. Point out the warning signs as well as the two red and yellow flags which mark the swimming zone where lifeguards can keep an eye on them. A little friendly advice may be the difference between life and death.