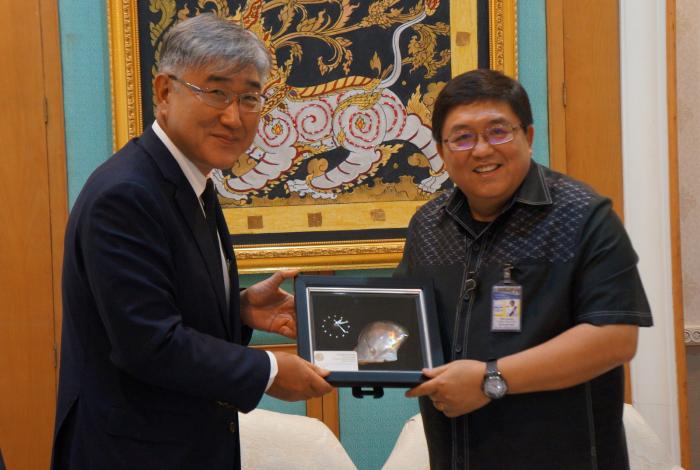 PHUKET: The South Korean ambassador to Thailand and the Phuket governor discussed the technological alliance between their two countries on Wednesday morning at Provincial Hall.

Governor Chockchai Dejamornthan and Ambassador Noh Kwang-li exchanged ideas for the betterment of Phuket, including the Smart City Project.

“Phuket is a role model for the nation’s Smart City project,” said Gov Chokchai. “We are working on free WiFi as well CCTV coverage on the entire island, so it will be a good idea to exchange technological information. We are pushing these proposals forward for the convenience of tourists visiting the island.”

Amb Kwang-li expressed his concerns regarding safety of Korean tourists as well as others, but was reassured by Gov Chokchai that solid security measures were already in place and that all tourists were being taken care of.