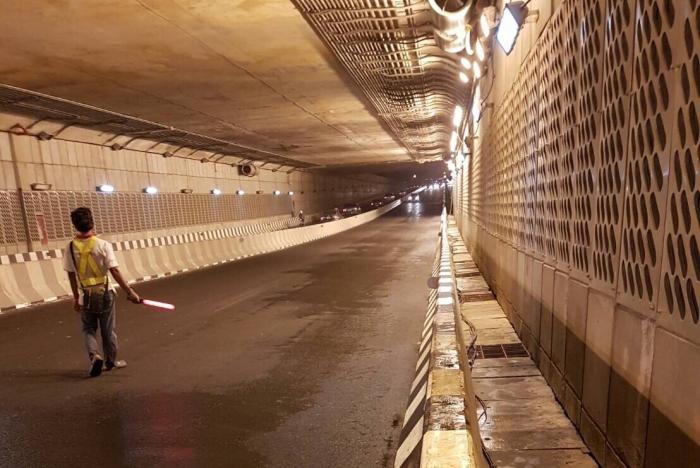 PHUKET: The Phuket Highways Office has announced that the Samkong Underpass will be closed again from 9pm tonight until 4am tomorrow for a sign installation.

“Wiwat Construction Co Ltd, the company contracted to build the underpass, revealed that the six-meter-long sign board adorned with its name will be installed on an I-beam at the tunnel,” said Phuket Highways Office Director Patiwetwottisak Sookhii.

“We apologize in advance for the inconvenience, and request commuters to use the ground level instead,” he said.