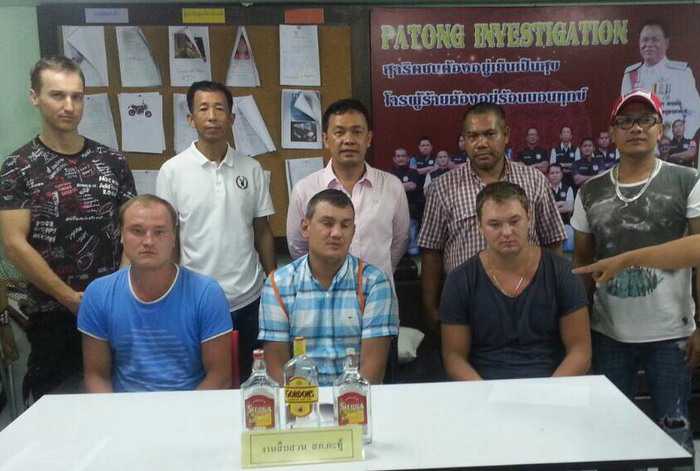 PHUKET: Three Russians are sitting in Phuket Provincial Prison after a second attempt at stealing booze from a Patong convenience store this month.

However, it wasn’t until they returned on October 23 and attempted to steal a bottle of vodka and two bottles of tequila that they were apprehended by police.

The manager of the Family Mart convenience store on Thaweewong Road noticed the frequency at which the three Russian men were coming and going and suspected that they might be robbing the store, Lt Col Sutthichai Tianpho of the Patong Police explained to the Phuket Gazette.

After reviewing CCTV footage, it became clear that the men had stolen five bottles of booze.

When the men returned on October 23, Patong Police were notified immediately.

“The men confessed to stealing the alcohol after we arrested them and showed them the CCTV footage,” Col Sutthichai said. “They are facing charges for theft and receiving stolen property.”