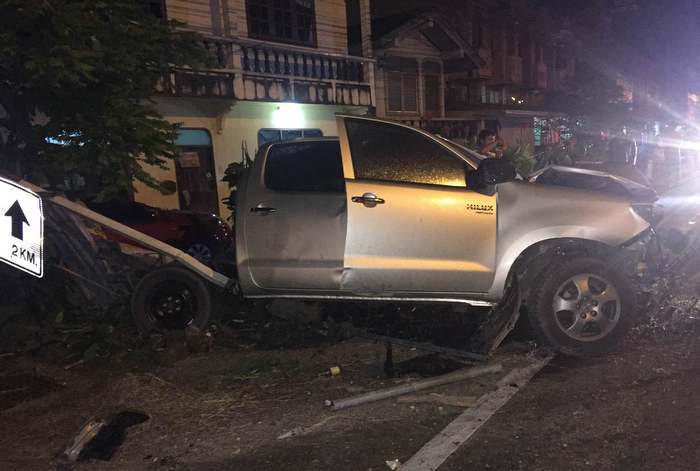 PHUKET: One man died and another was injured after their pickup truck crashed into a utility pole in Thalang early this morning.

The impact caused the out-of-control truck to split in two as it careened into a nearby wall.

“The 33-year-old passenger, Surin Rotloisap, was thrown from the vehicle and killed after hitting another pole and then a wall,” explained Lt Col Sanit Nukong of the Thalang Police.

“He told us that he lost control of the vehicle and slammed into the pole.”

Mr Chaowarit was charged with causing death by reckless driving and damaging public property. He was taken to the Thalang Police Station to test his blood alcohol levels.

The death of Mr Surin marked the second road fatality in the district today (story here).