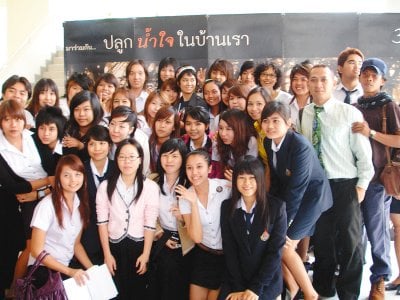 PHUKET: Human resources shortages may be stunting the growth of the Meetings, Incentives, Conventions and Exhibitions (MICE) industry in Phuket and elsewhere in Thailand.

Universities and other educational institutions are being engaged to tackle the problem.

Akapol Sorasuchart, president of the Thailand Convention and Exhibition Bureau (TCEB), says that MICE is a rapidly growing sector in the Thai tourism industry, with annual growth rates of around 20% per year and yearly income of up to 45 billion baht.

However, the labor market has found it hard to keep up with this rapid growth and demand, particularly in the supply of personnel with good knowledge of the industry.

Entrepreneurs in the industry have warned that the growth of MICE may be hindered in the near future because of serious shortages of qualified personnel.

Mr Akapol said that there are not many experts on MICE to be found in the labor market as most Thais still do not have a clear understanding of the industry, and education in the field is limited.

To tackle this problem, the TCEB has joined hands with Prince of Songkla University (PSU) to create a MICE tourism curriculum.

According to The Nation, the PSU’s Director of MBA Tourism Management, Assistant Professor Kaedsiri Jaroenwisan, and the TCEB signed a Memorandum of Understanding in August. Since then Prof Kaedsiri has been drafting the curriculum, which is to be offered at undergraduate level with a bachelor’s degree upon completion.
Prof Kaedsiri believes the course should be ready to launch in 2012.

He said students graduating from this course will have a deep understanding of the industry and the different functions of services before, during and after the events take place.

They will also be trained in marketing and other factors related to the industry.

Foreign languages such as Chinese and German are being considered as optional subjects.

In October this year, the Cabinet approved plans for a long awaited International Convention and Exhibition Center (ICEC) to be built in Mai Khao, with construction likely to get underway by mid-2012.

When completed, the 2.6-billion-baht center is likely to attract more MICE travellers to Phuket, which will increase demand for local staff with the necessary skills to work in the MICE industry.

Although no statistics are available specifically for Phuket, TCEB figures show that last year foreign participants visiting Thailand for corporate meetings spent around 15,000 baht each per day, up 10 per cent from their average spending in 2008.