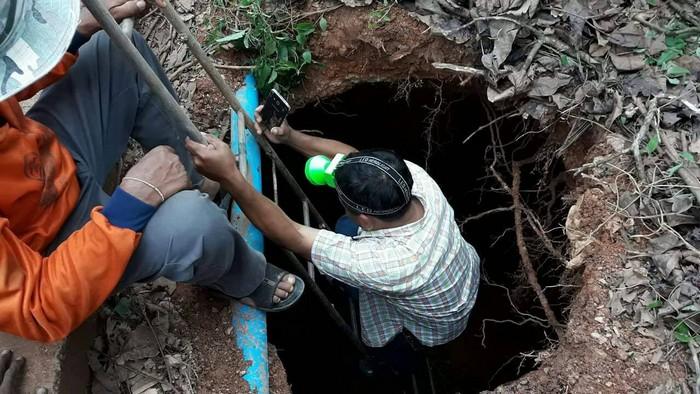 KRABI: A sinkhole that appeared overnight in a village in Krabi is threatening to swallow up a road and nearby houses if it gets any larger.

District officials went to inspect the 3.5-meter deep hole that opened up on a roadside yesterday in Lam Tab district after heavy rainfall.

After climbing down into the 1.5-meter-wide hole, inspectors discovered that it extends at least four meters under the road.

“Villagers have been warned against going near the hole and a portion of the road has been closed off,” said Krabi’s Din Udom OrBorTor president, Wuttichai Pedthong, who accompanied officials to inspect the situation on August 17.