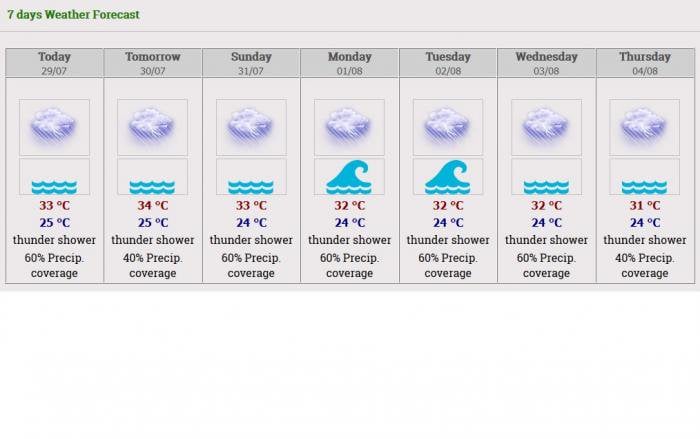 PHUKET: Heavy rains and high seas are expected across southern and central Thailand, the Office of Disaster Prevention and Mitigation (DDPM) has announced.

DDPM officials say that small boats should not be out on the water from today until August 3, as wave heights in the Andaman Sea are expected to reach two to three meters.

In Phuket, officials are warning against possible floods and windstorms that may trigger landslides. DDPM officials across the province are urging those who live on hillsides or areas immediately downhill to stay tuned to local radio and television channels for updates.

Officials are also warning residents near waterways to be vigilant, as the southwest monsoons are known to drop as much as 90 millimeters of rain within 24 hours.

As a precaution, the DDPM is preparing rescue vehicles and equipment, and calling up reserve DDPM personnel.

Strong winds ripped a 30-million baht yacht from its anchorage off Krabi three weeks ago. All attempts to retrieve the boat after it was entrenched in sand at Ao Nang beach have so far been unsuccessful (story here).