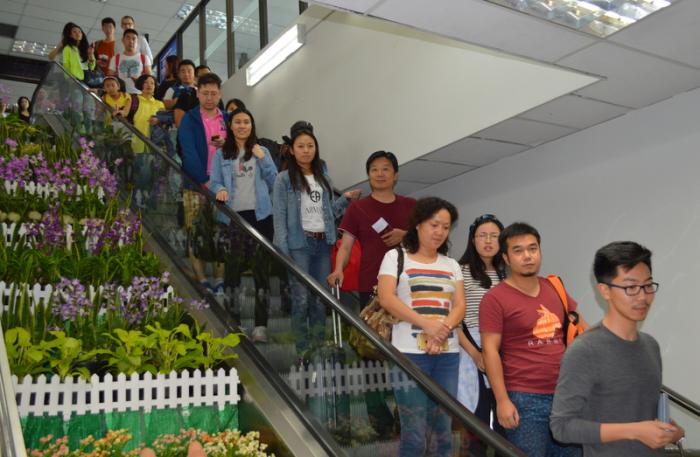 PHUKET: After months of stories about Chinese tourists and their loud and ‘inappropriate’ behavior while visiting Thailand this year, rumors on social media suggest that they might be looking to remove the Kingdom from their list of countries for holidays.

Reports in the Phuket Gazette‘s mass circulation Thai-language newspaper partner Komchadluek suggest that Tourism and Sports Minister Kobkarn Wattanavrangul has discredited the rumors, but that she nevertheless issued orders on Tuesday to keep an eye on tourist numbers from major cities in China.

Rumors about the Chinese ‘boycotting Thailand’ started when a group of Chinese tourists expressed displeasure at being judged for ‘inappropriate behavior’.

In March, the internet was ablaze with vehement criticism of Chinese tourists after Chinese media company ‘Shanghaiist’ published a 33-second video clip showing them in a feeding frenzy at a shrimp buffet in Chiang Mai (video here). It was followed by photos showing large amounts of food being wasted (story here).

“Tourism Authority of Thailand (TAT) offices in major Chinese cities have not noticed any widespread calls for boycotts, except in Yunnan,” said Ms Kobkarn. “We won’t treat this matter lightly, however. Our sources have mentioned that the Yunnan government has educated its residents about the rules for taking their motor homes to Thailand.”

The issue came to light in February this year as nearly a dozen recreational vehicles (RVs) were spotted in Phuket. At least 3,000 Chinese cars and buses entered Thailand during the Chinese New Year holidays alone, prompting officials to rethink regulations for vehicles from that country entering Thailand (story here).

The recent drop in Chinese tourists rolling into northern Thailand due to the introduction of expensive and complicated regulations has caused officials some concern (story here), but Ms Kobkarn said that Chinese tourist numbers have actually increased since January.

“There has been a 20 per cent nationwide increase in Chinese tourists to Thailand, accompanied by a 30 per cent increase in Thailand’s Gross Domestic Product (GDP) around the same time,” said Ms Kobkarn.

Kanapoj Boonpornkan, the Phuket Tourism Association’s (PTA) marketing executive, said that a ‘boycott’ would not be a problem for Phuket.

“When I first heard of the boycott targeting Chiang Mai, I paid no heed to it,” said Mr Kanapoj.

He did, however, state that the Chinese market needs to be monitored in the aftermath of Thailand’s investigations of China’s Tranlee Travel Company, whose assets worth millions still remain frozen here (story here).

“The one genuine concern we have is that travel agents in China may suggest alternate countries for their customers to visit. We are yet to see how this will pan out,” he added.

“Chinese tour companies may be afraid of seeing more of their corresponding companies in Phuket coming under investigative scrutiny. However, it is beyond our jurisdiction to find out for sure if they are legal or not.”

Sarayuth Mallam, vice president of the Phuket Tourist Association, acknowledged that the Chinese market in Phuket may be somewhat affected by the Tranlee investigations.

“It is important to note that we are taking that matter very seriously, but hope to use it to build confidence among tourists and tour agencies,” said Mr Sarayuth. “In the long run, it’s about what’s best for Phuket.”