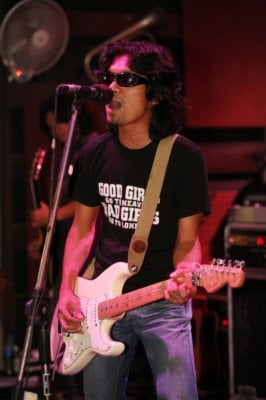 PHUKET CITY: The annual fund-raising fair of the Phuket branch of the Thai Red Cross Society this year will include live entertainment by a host of celebrities, including Thai rock stars Sek Loso and Clash as well as Thai country music (look thung) stars Duangjun Suwannee, Jeab Benjaporn and Luang Kai.

The fair, at Saphan Hin from December 28 to January 6, is being held to raise funds for Red Cross charity work and to celebrate the new year.

Each night free live entertainment will be on stage from 7 pm, featuring:

Jan 5 “Life music” by The Wood

Also at the fair will be activities and exhibitions by local organizations, as well as One Tambon, One Product merchandise booths and food and beverage stalls.

In addition to a daily “lucky ball” contest with household goods, bicycles and TVs up for grabs, there will be a major lucky draw prize held January 5 with a Toyota Yaris as the top prize and a Honda Wave motorbike and a gold chain valued at 16,000 baht as second and third prizes, respectively.

Tickets for the major prize draw cost 100 baht each.