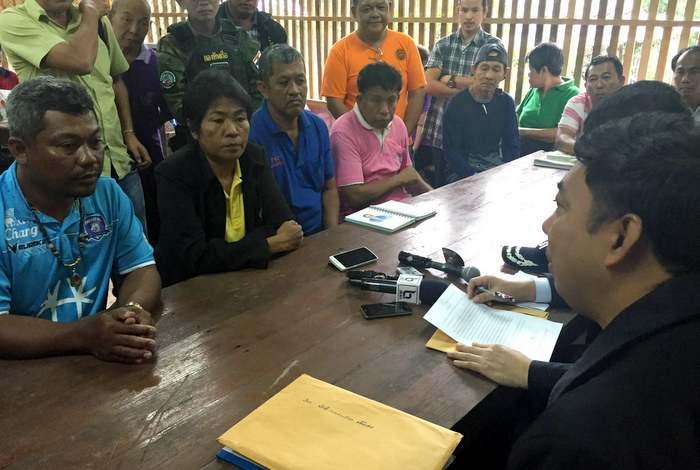 PHUKET: The Rawai sea gypsy community, involved in an ongoing land dispute with a developer, submitted a letter to a Department of Special Investigations (DSI) team yesterday.

A sea gypsy representative, Nirund Yangpan, met with a DSI team in Phuket Town. Mr Nirund reportedly urged the team to prove the legality of a walkway that the sea gypsies use to access a ceremonial site, which is often blocked by Baron World Trade Co Ltd, the company claiming ownership of the land.

“Our ancestors lived here, and we’ve used this pathway for more than 300 years,” Mr Nirund said. “The area should be public land, not private. We are requesting DSI involvement to help us prove our ownership and right-of-access to the land as soon as possible. Otherwise this issue will just keep coming up repeatedly.”

The conflict over the land and access to the site has repeatedly flared up in several incidents over the past year. Construction workers blocked access to the land last week (story here), despite an appeal from Governor Chamroen Tipayapongtada to halt work on the site until the dispute has been settled (story here).

On January 4, more than 30 people were injured in a violent confrontation between workers hired by the company and sea gypsies (story here).

Mr Nirund told the Phuket Gazette that the letter was accepted by Lt Col Prawut Wongseenin, director of the DSI’s Bureau of Consumer Protection and Environmental Crime.

“We are now working on getting an aerial survey of the site, and we expect to be back in Phuket again next week,” Col Prawut said.