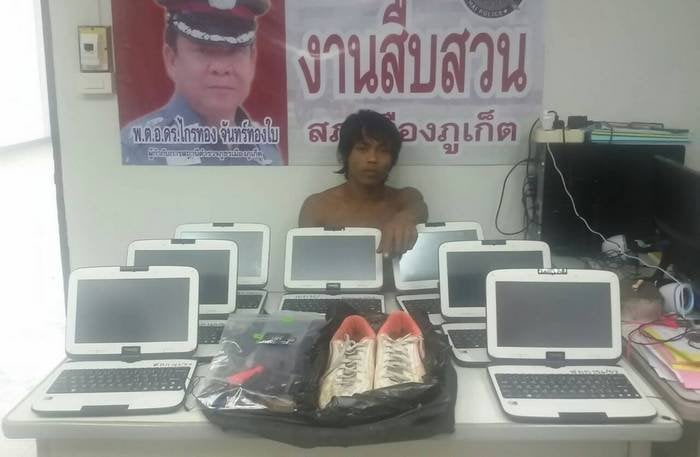 “We were able to arrest the suspect, known only as Mr Lek, at about 2pm in a worker camp. At his place were seven of the 10 stolen laptops and the video converter,” Phuket City Police Deputy Superintendent Khunnadet Nanongkhai said.

“We also seized a Kawasaki KSR with no licence plate. We believe it was used in the crime and are now establishing whether it too is stolen property,” Lt Col Khunnadet said.

Mr Lek was charged for the theft and for illegally entering Thailand.

“We are eager to arrest another suspect, who we believe has the other three stolen laptops,” Lt Col Khunnadet said.

Police declined to reveal the name of the other Myanmar national who is suspected in the crime.