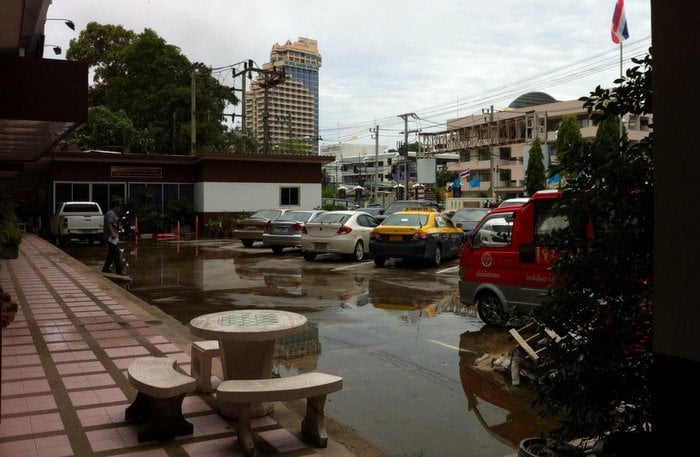 “The water has drained from the office now,” Lt Col Pongpichan Chayanonpiriya of the Patong Police told the Phuket Gazette yesterday. “We will be better prepared next time, and pay closer attention to weather warnings.”

Officers did their best to move all paper files to upper floors once the flooding started. However, they were unable to secure everything. Some files and furniture were damaged.

“We have now put files and some vulnerable equipment on higher floors, or at least put them somewhere they can be quickly moved,” Col Pongpichan said.

“They have installed a water pump to help expedite draining. However, it cannot deal with the level of flooding we get, as the station was built in a low-lying area and we have canals both in front and behind us,” Col Pongpichan said.