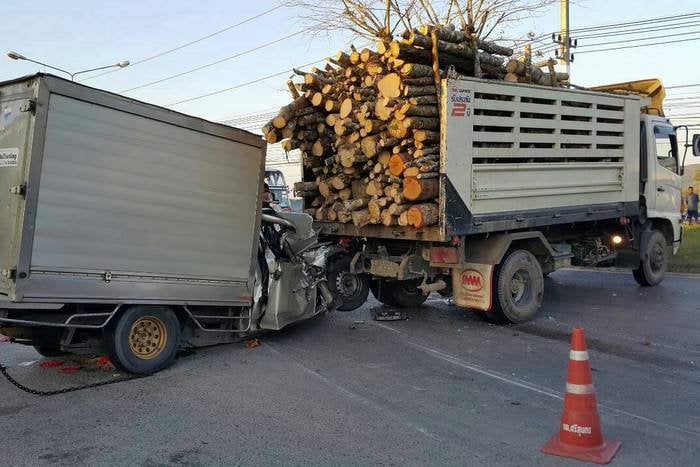 Police and Kusoldharm Foundation rescue workers were called to the scene, in the southbound lane, at about 6:30am.

The truck driver, 25-year-old Pongsak Inthong, admitted to having been speeding at the time of the crash.

“Mr Pongsak told officers that he was driving from Surat Thani to deliver sausages to convenience stores in Phuket. He admitted that he had been speeding, as he was worried he would not make his deliveries on time,” Lt Suporn Muangkhai of the Thalang Police told the Phuket Gazette.

“He also said that he could not see the trailer’s tail lights, hence the crash.”

Mr Pongsak suffered minor cuts and bruises, and was sent to Thalang Hospital after receiving on-site treatment from rescue workers.

He is being charged with negligent driving, confirmed Lt Suporn.

“Mr Pongsak will have to report to us as soon as he is discharged from hospital, but he will not be taken into custody,” he added.

Czech busker on Bangla reunited with his family