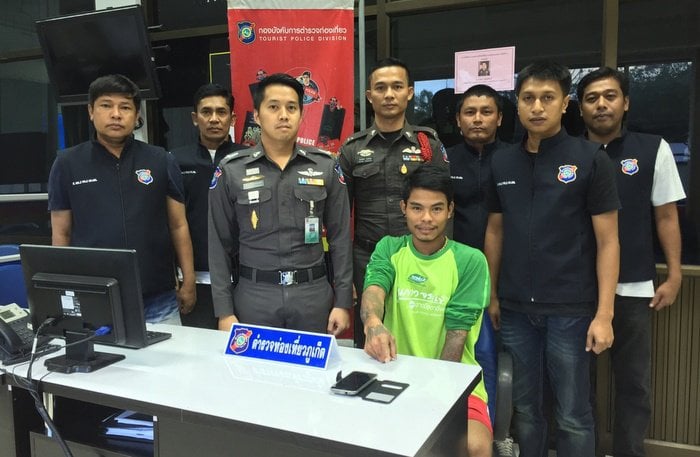 PHUKET: A Myanmar national was arrested yesterday after being tracked down in Kathu for allegedly stealing a mobile phone from a Russian tourist.

“We tracked down the phone on September 19, when we were able to see that someone was using it in the Kathu area,” Maj Urumporn said.

After pin pointing the location to a construction site in the area, police moved in to arrest Naing Win, 28, who was holding the stolen Asus Z00D smartphone.

“Mr Surkov confirmed that the phone was his. However, Mr Naing denied stealing it. He said he had received it from a friend,” Maj Urumporn said.

Nonetheless, Mr Naing was charged for the theft.

Police declined to comment on exactly how the phone was tracked. However, the Asus Z00D is an Android phone, which has many applications that enable it to be found in such cases.