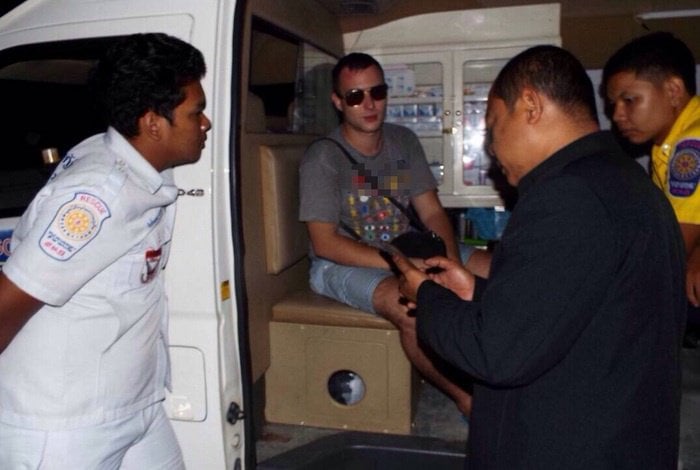 PHUKET: A Russian man survived crashing his car into a tree on Srisoonthorn Road while heading to Cherng Talay early this morning.

When police arrived at the scene at about 3am, Kirill Abolemov, 27, had no visible injuries, but his white Toyota Fortuner had seriously damaged a tree and garden.

“Mr Abolemov could not answer any questions at the scene. He looked confused and could not communicate with us,” Lt Col Sanit Nukong of the Thalang Police reported.

Police found an empty bottle of alcohol in the vehicle and took it to Thalang Police Station for further investigation.

Mr Abolemov was also taken to the station, for an alcohol test.

“If the alcohol test is positive, he will be charged with driving under the influence causing damage to property,” Col Sanit said.

“However, if the test is negative, he will be charged with careless driving causing damage to property.”