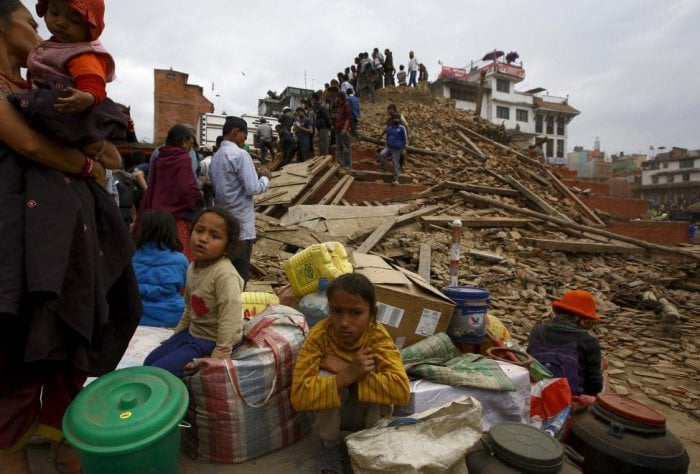 PHUKET: A network of donation centers have been set up throughout Phuket to help victims of the earthquake in Nepal.

Donations can be made at Phuket Provincial Hall in Phuket Town, Phuket Red Cross Center at Saphan Hin and at any government offices on the island.

A 7.9 magnitude earthquake struck west of the ancient Nepali capital of Kathmandu on Saturday causing buildings to collapse, injuring many and leaving a pall of dust over the city (story here).

As of yesterday, nearly 2,500 people had been confirmed as killed by the disaster.

“We spoke with the Phuket Red Cross and officers from the Governor’s Office yesterday to figure out what we can do,” said Panuphong Limbuprasertkul, the president of the Phuket branch of Thai-Nepalese Foundation, officially called the Shree Bhagawat Dhaam Sanatan Mandir Foundation.

“We have set up an account to receive donations. Anyone who wants to make donation can transfer funds to the Kasikornbank [KBank] account number 5322397730.

“We are now trying to figure everything out. We opened the account only yesterday. The official name of the account will be submitted today.”

“We have already received over 100,000 baht in donations, but we are looking for more. The Nepalese were already poor, but now they are in need of help,” he told the Phuket Gazette this morning.

“The disaster killed more than 2,500 people. I believe more bodies have yet to be discovered. I beg everyone to make donations to help the Nepalese people.”

Mr Panuphong will meet with Phuket Governor Nisit Jansomwong today to discuss what more the people of Phuket can do to help the victims.