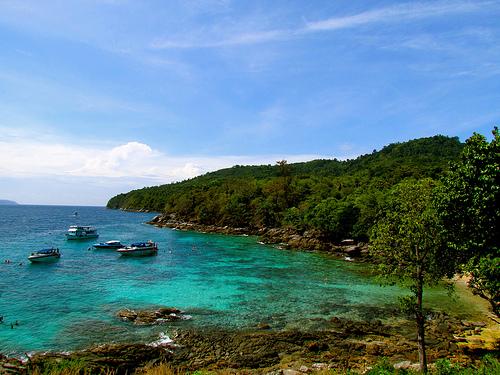 Denis Lipatov, 39, was at the island with friends when he developed a cramp while swimming at about 5pm. By the time he was rescued he was unconscious, and efforts to resuscitate him failed.

His friends returned to Chalong pier with his body, where they were met by police and rescue workers, said Chalong Police Superintendent Kritapas Dazintharasorn.

Col Kritapas urged all beachgoers to follow safety precautions when swimming or diving.