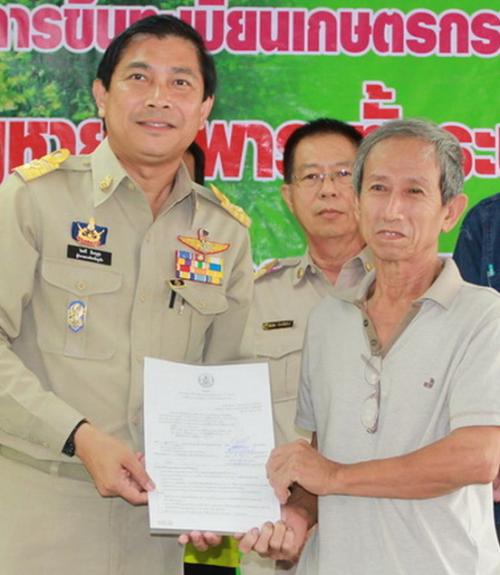 PHUKET: Rubber protests in recent weeks in Southern Thailand are now paying dividends for plantation owners in Phuket and the rest of the nation.

Though the direct demands of the protests, which included a government subsidy for sheets of rubber were not met, the government has allocated a total of over 21 billion baht to be paid out to households legally owning rubber plantations.

“This project was launched in response to the protests in order to help rubber farmers. The objective is to improve the quality of the rubber, and at the same time make it more affordable to do so,” said Parames Tongpreecha, chief of Phuket Provincial Agricultural Extension office.

It has been estimated that millions of baht were being lost in the tourism industry earlier this month in areas adjacent to the rubber plantation protests (story here).

In Phuket, 200 households have already scored a slice of the almost 225 million allocated to the province.

The subsidy is being allocated to farmers for them to use for fertilizer, which will yield a higher-quality product, Mr Parames explained.

Those who have already been certified by the project as having the legal right to work the land that they are claiming, were given 2,520 baht per rai of rubber plantation owned for up to 25 rai.

“We expect about 4,100 farmers from Phuket to register with us. So far, however, only 1,573 farmers have taken advantage of the subsidy,” said Mr Parames.

Registration of eligibility for the subsidy will be open until the end of the month.