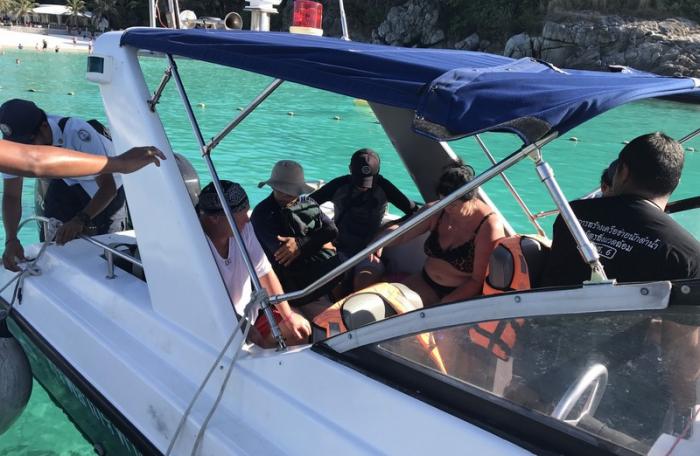 KOH RACHA: A Russian tourist was arrested, with bail set at 100,000 baht, for feeding fish in Koh Racha yesterday afternoon.

Ms Smirnova was taken to Chalong Police Station and charged with “feeding fish in a forbidden area or in an area with coral reef”, the maximum punishment for which is a year in prison, a 100,000-baht fine, or both.

“As we have said, we are taking a very strict stance on this. She has to pay the bail and remain in Thailand until her case is processed by a court,” said Mr Suchat.

In May 2016, a Chinese tourist was also arrested and ordered to pay 100,000 baht bail money after he was found catching fish in Koh Kai (story here).

The punishment was levied as per Article 17, which gives DMCR officers enhanced power and allows for the establishment of any regulations in an area deemed under threat of environmental degradation (story here).

Previous legislation allowed DMCR officers to use the Wildlife Preservation and Protection Act BE 2535 (1992), in which coral is considered a protected animal, to catch and turn over to the police anyone suspected of harming marine life.

Under that act, officers could not arrest people for harming any marine life other than coral. The punishment was a fine of up to 40,000 baht, up to four years in prison, or both.

However, under Article 17, Mr Suchat said DMCR officers may now detain tourists for harming any marine life, not just coral.

B200k worth of drugs nabbed in ‘random check’ in Phuket