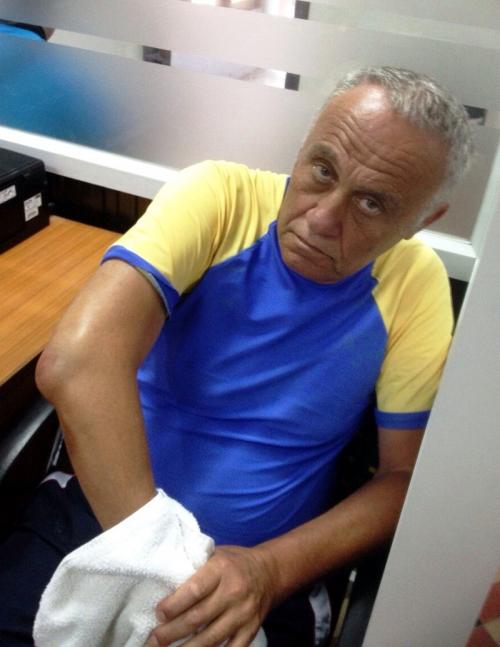 PHUKET: Two Israelis, a father and son, were attacked and injured by a jet-ski operator wielding a “No Swimming” flag-pole on Kata Beach yesterday afternoon.

The attack was motivated by damage to the jet-ski the pair had rented, the attacker – who was arrested soon afterward – told the police.

“When we arrived at the scene, we found a lot of bystanders looking at the two injured Israelis,” said Channarong Prakongkua of the Karon Police.

“The 66-year-old father sustained a wound to his arm, and his son, 43, had a head injury,” Capt Channarong said.

After they were treated at Patong Hospital, the tourists were questioned about the attack at Karon Police Station.

“After the Israelis returned the jet-ski to me, I saw that it was damaged. I was angry, and we quarreled. Then I used the wooden flag-pole to smash them,” Mr Danaichet told the police.

“I have already spoken with the director of Kata-Karon Jet-ski Association and urged him to keep a closer eye on jet-ski operators on this beach. We don’t want any more incidents like this,” Phuket Marine Chief Phuriphat Teerakulpisut said.

Mr Danaichet accepted the assault charges by police, and is now out on bail.

This morning police confirmed that the non-criminal charges in the case will be heard at Phuket’s new tourist court (story here).