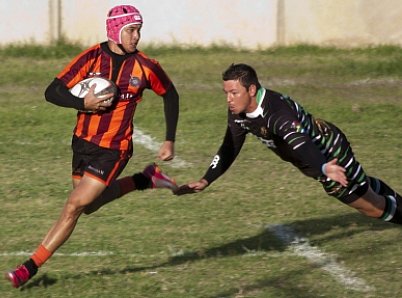 The game was full of big tackles and charging runs to the try line.

The first half ended with RTP holding a 12 – 0 advantage, and soon after the restart boosted their tally to 19.

The Roosters rallied mid-way through the second period to give themselves some hope at 19 – 5. The resulting kick off led to a missed tackle by the Roosters, and RTP ran in their fourth try.

RTP’s fine performance was polished off with a final try just before the whistle to seal victory.

Read next week’s edition Phuket Gazette for your full report.