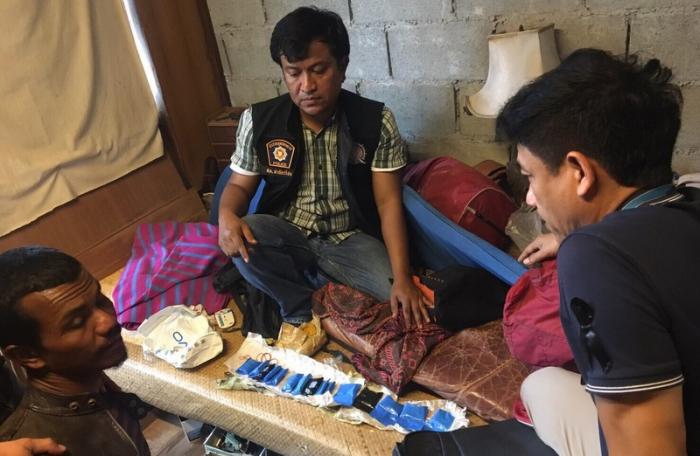 A passenger, back-up driver and bus attendant were apprehended for possession of drugs, whereas the bus driver was arrested for drunk driving and driving with an expired licence.

“The bus was headed from Nong Khai to Phuket. We stopped it for inspection, as we are strictly monitoring these activities,” said Lt Col Taweesak Khumpeera of Tah Chat Chai Police.

“We saw a black bag stored under the seat of one of the passengers and asked to inspect it,” said Lt Col Taweesak Khumpeera of Tah Chat Chai Police. “It contained 11,454 ya bah [methamphetamine] pills, so we questioned the owner, named Sowaan Lawaan, 41, who confessed that he had been paid 40,000 baht to transport the bag to Phuket.”

Additionally, the driver was found to have a blood alcohol level of 0.142 per cent, whereas the legal limit is under 0.05 per cent. He was also found to be carrying an expired driving licence.

All suspects were taken to Tah Chat Chai Police Station for legal processing. Police are investigating further to uncover the drug network.