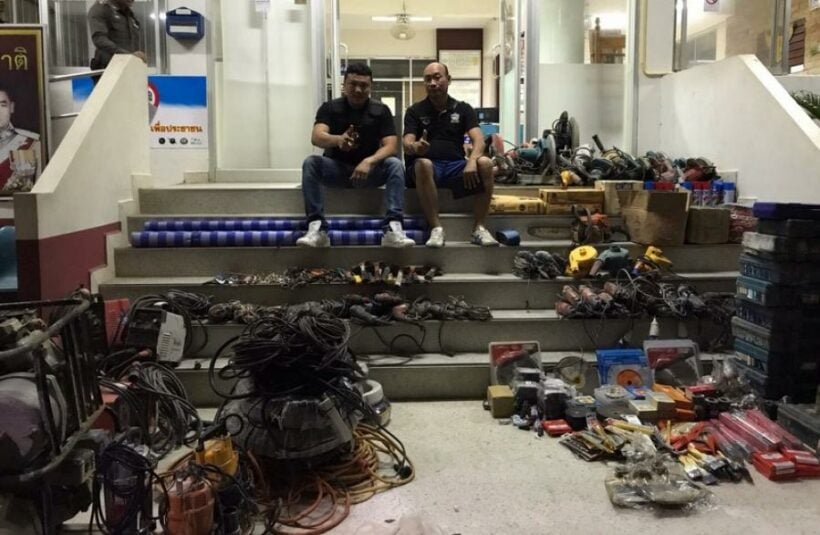 PHUKET: A Rohingya man was arrested in Kamala last night for allegedly stealing equipment from several construction sites in Phuket.

He was found in possession of a total of 156 pieces of equipment, including drills, crush machines, circular saws, stone grinders, feed pumps, cutting machines, metal nets, metal cutting pliers, and others.

Police then checked CCTV footage around the area, which clearly showed the suspect’s face.

“We took a picture of the suspect to the Phu Yai Baan (headman) of a nearby community and asked for his help in finding the suspect. We were able to apprehend him at his rental house. Mr Sadit made a run for it, but slipped and fell over, so we were able to arrest him,” said Col Pramuan.

“Mr Sadit confessed to the crime, said he had done it twice before – once in Koh Kaew and once in Kathu – and that he was acting alone. He added that he sold what he stole to meet his daily expenses,” said the policeman.

The suspect was charged with theft and was later taken to Kamala Police Station for further processing.