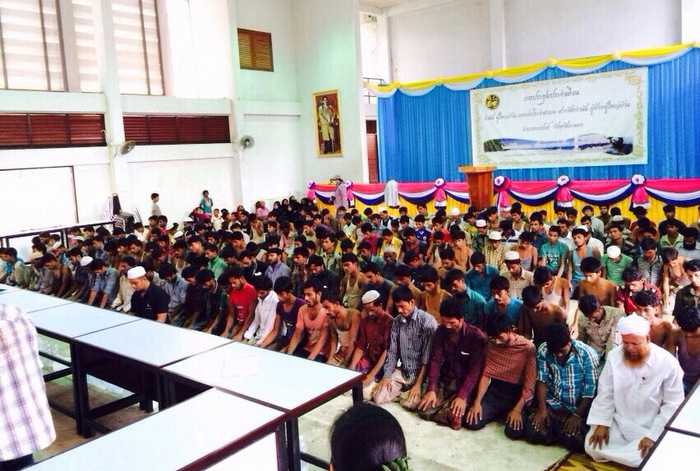 PHUKET: Police are calling for all residents along the Andaman coast to report any sightings of two boats flying Thai flags that are believed to be trafficking refugees, including many Rohingya fleeing Myanmar.

The call to report any sightings of the boats follows police taking into custody 299 refugees at Koh Nok, off the Ranong coast, on Saturday.

The boat, a modified trawler, had been beached on the sands at the island. It had been carrying 80 Bangladeshis and 219 Rohingya, including women and children.

“We were notified of the boat at Koh Nok by a local fishermen who saw three trawlers in the area,” Col Kritsak Songmoonnak, deputy commander of the Ranong Provincial Police.

“The boat was modified to carry many people. We believe the other two boats that are still missing may be carrying up to 600 people,” he told the Phuket Gazette.

“We have called for residents along the coast, including in Phang Nga, to report any sightings of vessels that appear to be carrying refugees. If anyone sees such boats, please report it to police by calling 191.”

All refugees taken into custody on Saturday were taken to Ranong Community Hall for questioning by officials.

“Hopefully we’ll be able to confirm where these people are from, and who was behind the operation that brought them into Thai waters,” Col Kritsak said.