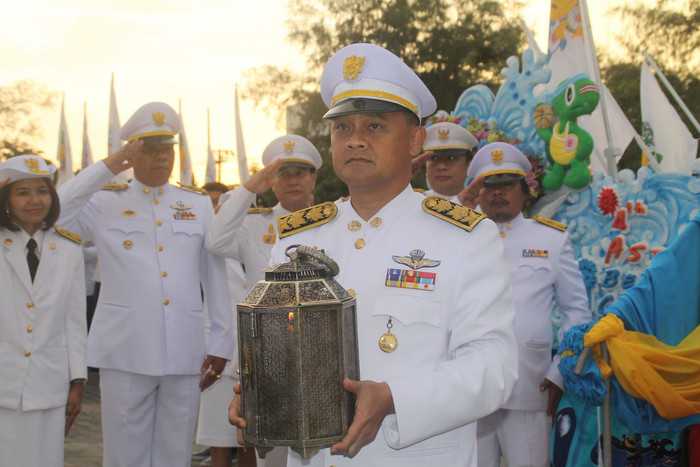 PHUKET: A special ceremony was held yesterday in Phuket Town to display and honor a ceremonial flame provided by HM King Bhumibol Adulyadej for good luck during the Asian Beach Games, which begin on Friday.

The flame, called fai phra ruek, arrived at Phuket International Airport at about 3:30pm and was displayed on a float that paraded to Saphan Hin, where the ceremony took place.

A fai phra ruek is used as a symbol of luck during auspicious times.

“It is such an honor that Thailand was chosen by the Olympic Council of Asia [OCA] to be the host of the Asian Beach Games,” said Governor Nisit Jansomwong, who led the event.

“Moreover, that HM King Bhumibol Adulyadej has bestowed us the fai phra ruek for such an auspicious occasion.”

The fai phra ruek will be paraded to Kathu today, back to Phuket Town tomorrow and to Thalang on Thursday, added Governor Nisit.

“This is so everyone can enjoy and celebrate in the occasion,” he said.