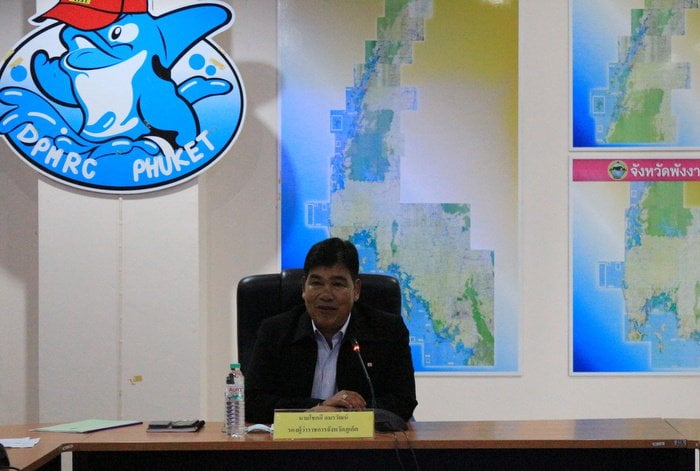 PHUKET: The island’s religious leaders will be joining one of four committees tasked with ensuring the successful implementation, upkeep and management of Phuket’s 10 per cent beach zone policy.

The four-pronged approach will include a consultant board, a management board, local government representatives and a public relations team.

“Governor Chamroen Tipayapongtada has ordered me to set up the beach management teams and ensure that we are following all regulations and that none of our actions are illegal,” said Phuket Vice Governor Chokdee Amornwat today.

The management board will be led by Governor Chamroen and will comprise relevant officials at the provincial level.

The local government team will be divided by Phuket’s three districts, with each district chief heading the management in their area.

“This team is responsible for establishing the 10 per cent zones in their jurisdiction. They must establish clearly marked areas that can be captured via aerial photography,” Vice Governor Chokdee said. “This way, we can easily check the situation on the ground from above.”

The local government teams will also be in charge of ensuring that rules are strictly enforced and that appropriate signage is in place.

The fourth prong of the new system will be a public relations team that ensures tourists and locals understand the beach management plan.

“We want to ensure everyone fully understands the situation,” V/Gov Chokdee said.