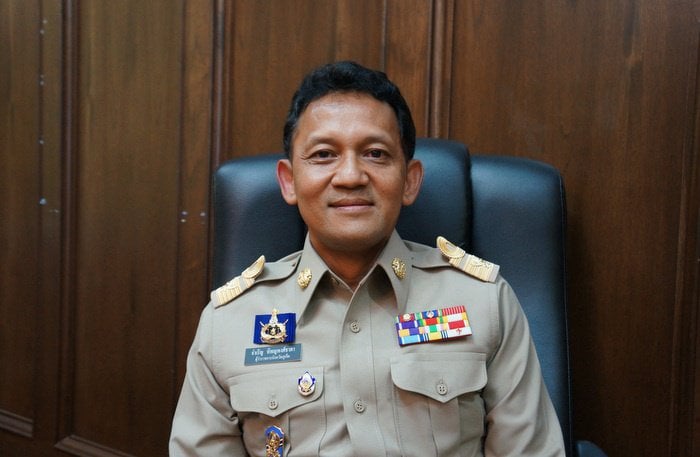 Governor Chamroen Tipayapongtada arrived on the island on September 30 to take on his new position.

Governor Chamroen is a Phuket native with a master’s degree in political and administrative science from the National Institute of Development Administration (NIDA) and served as the island’s vice governor from 2012 to 2014.

Here he clarifies his role as a leader and supporter of Phuket and outlines the need for everyone to understand their rights, follow the rules and love the island for what it is.

PHUKET: It is essential that the people of Phuket understand their rights, as well as obey laws and orders. For us to build a harmonious society, we must communicate well and work together.

The recent riot at the Thalang Police Station could not be predicted. However, at the heart of the issue was misunderstanding and miscommunication, all driven by social media. Before things became violent, I spoke with the parents of the two men killed and we reached an understanding about what had happened and what would happen. However, those who we were not able to directly address started spreading misinformation through social media.

We thought our work was done, as the families understood what actions would be taken, then the riot broke out. This is a perfect example of people knowing their rights and knowing how to follow orders. I received a direct order from the Minister of Interior to proceed in a way that would not lead to anyone else being seriously injured. This meant that the police who were guarding the building could not fight back. They are human. They have feelings. However, they did what was necessary to avoid any Phuket people being injured.

There are a number of large tasks for me to tackle during my time here as Governor, and this is just one of many serious situations that requires my attention. Once my role in this is finished, I will start tackling other problems. However, I’ve yet to decide what is at the top of the list, as I have a number of projects that were handed over to me by the former governor, as well as policies that I was working on when I was a vice governor here.

No matter what projects I decide to start with, I can’t do it alone. It is necessary to have a strong team and the support of the island so that we can work together to move forward.

For the moment, there are at least beach management and jet-ski rules, so I am happy to leave those for the time being. I not only want to push forward the policies presented by the central government, but also those ideas from local government offices, as we all work together for a better future.

There is no need to stick to the same routine. I am hoping that people will put forward creative and interesting ideas on how to boost tourism on the island and fix the issues we are facing. This type of creativity is what the central government wants to see.

The core issue of almost all of the problems on the island is that too many people only want to take from Phuket, and are not willing to give back.

Simply being considerate of those around you and the rules set in place is a way to give back to the island. For example, if a person sees a curb painted red and white, they know it means no parking. But they break the rule anyway, because it interferes with what they want. They don’t care about how their selfish action will affect others living in this society with them. We see the same kind of mentality from those making dangerous u-turns in front of the Darasamuth underpass. The list goes on forever.

Every society has bad and good people. However, we must come together and follow the rules so those that break them feel like outsiders to our society and realize that their actions are not normal or permissible on Phuket.