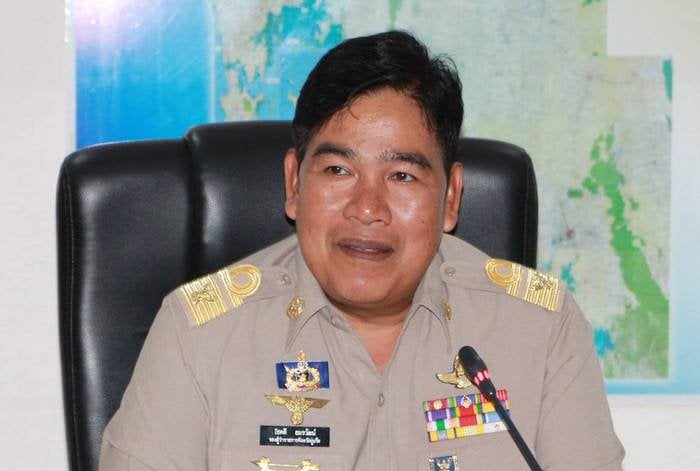 “As has already been mentioned, doctors have confirmed that the deaths of the two men were caused by the collision during the police chase. There were no signs of additional violence,” said Phuket Vice Governor Chokdee Amornwat, who was put in charge of the case for the Ministry of Interior.

“And the drug tests were negative,” he claimed.

Patomwat Panarak, 22, and Teerapong Srisamut, 17, allegedly refused to be searched at a police checkpoint and fled the scene. They were brought to a stop after their motorbike and a police vehicle collided. Both men were killed in the accident.

Police claim to have found 50 pills of ya ba (methamphetamine) and one kilogram of kratom leaves in the young men’s bags.

“We understand that it is in the public’s interest that this case be concluded fairly and quickly. It is a hot topic and justice must be swiftly served,” V/Gov Chokdee said. “So, we will continue to look into whether or not the officers acted appropriately in their attempt to detain the men.”

The four officers under investigation have already been transferred out of the province.

V/Gov Chokdee now has less than a month to submit his report to the Ministry of Interior.